Nobody's city but our own 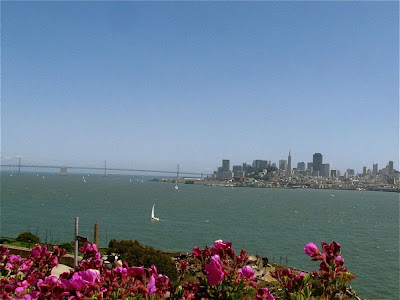 Once upon a time a twenty five year old post doctoral scientist arrived in San Francisco, a city she had never before seen, with all her worldly belongings in two suitcases. She had a university research position lined up, just enough cash to cover her expenses for a couple of weeks and a bed in a roach infested youth hostel. Her first few days in the city were spent apartment hunting. She got fantastically lucky. You see she didn't just find a place to live, she found a home. She found the kind of friends that are like family. Friends who became connected to each other the way the rickety back stairs connected their apartments. Friends who got to know each other the way you can only when you are young, unencumbered and have hours to lose drinking and laughing and telling stories.

There is a new musical playing in San Francisco, a show based upon the "Tales of the City" novels by Armistead Maupin. The opening scene, set in 1976, introduces us to twenty five year old MaryAnn,  from Cleveland Ohio who is seeking an apartment. She finds a home, and a group of friends at 28 Barbary lane on Russian Hill and the show tells the entwined stories of these fascinating people through some quite brilliant songs, including "Nobody's city but my own".

My only experience of the city before moving here was through this series of novels. They have a special place in my heart, maybe they even drew me here. The friends I found, the life we led back in the late 1990's in our cool but tatty victorian apartment building paralleled that of those fictional characters. Not just in the partying and dating, but in the warm and genuine nature of the bond we shared. I love my city. Despite being far too far away from my family in England, it is truly my home.

I bought tickets to the musical as soon as they went on sale. I blogged about my anticipation. Last weekend we went to see the show. Followthatdog and her family came down from Seattle, as did our friend Chihuahua. Work and family took them both up to the pacific northwest a few years ago, but their hearts are still in San Francisco. Stan still lives here. We went out for a fancy dinner, and then we went on to the show. Gussied up and liquored up, it felt just like old times. We felt like old timers when we realized that the last time we had been to this restaurant together was when it opened back in 1998. Over fine wines and gourmet seafood we rehashed our own beloved stories. Legends of memorable nights whose details I will not embellish here on this public blog.

The show was perfect. The company even better. My professional and parent circles are great, but I put up a little barrier with people I have met later in life. There is a lot that my newer friends don't know about me. I temper my language, and think before I throw out a caustic barb (well sometimes!)  There is something so wonderfully rejuvenating about being with people who know each other through and through. People who will always love you, no matter what you do or say.

Followthatdog and I put our grown up parent personas back on the next day and extended our homage to San Francisco by taking the children to visit Alcatraz. It was a picture postcard day, all the more perfect since we have had unseasonally appalling weather this spring.

Chugging across the bay, the familiar yet always breathtaking views of city and bridges surrounding the ferryboat, Geekygirl announced with certainty "Mummy, We live in the most beautiful city in the world." I realized what a gift I have given them. The city of San Francisco, to make their very own. 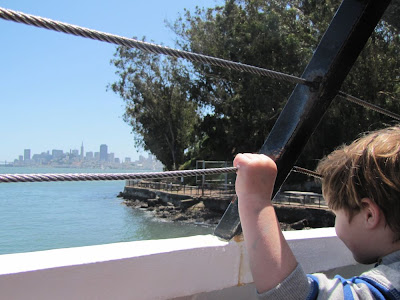 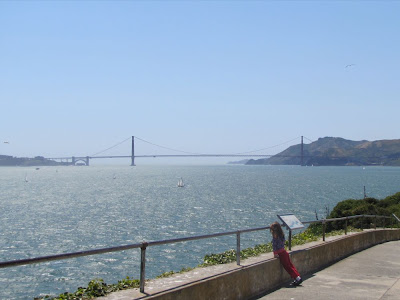 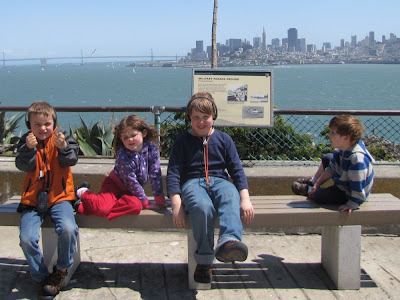 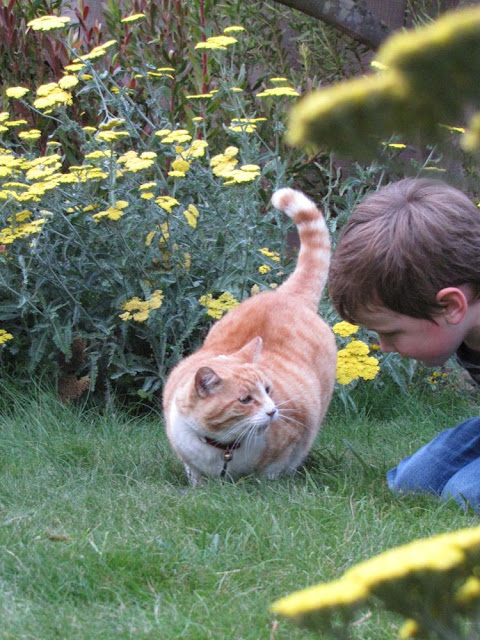 Posted by geekymummy at 9:39 AM

My blog has always been just a place to write. I'm very fortunate in that I have a great day job and that blogging can be purely a hobby. I have no need or desire to make money out of it. But we bloggers are apparently "new media". We are influential in our little spheres. I have personally checked out products recommended by other bloggers, even purchased things, so I can see how this is changing the marketing world. Last week I got my first invitation to a press event. It was for a local children's clothing company, one which happened to have been started right in my own neighborhood, and one that I already know and love.

I couldn't resist the opportunity, so I persuaded Geekydaddy to take the kids to their gymnastics class and I went along. I felt a little weird with my "Geekymummy" name tag plastered across my chest. At "official" events in my professional life I usually I have a badge with "Dr My Real Name" on it, so I was a little unsure of how to project myself publicly in my alternative identity and without my scientific credentials to hide behind. I got the hang of it though, and met some lovely and interesting people, like Normalarkey, the Drifter and the Gypsy, and FrogMom.

Tea Collection make gorgeous children's and women's clothes. I first came across them years ago, when looking for a baby gift for a friend. Our little local florist also sold trinkets and select children's clothing items. She stocked items from Tea, and I was always drawn to them for their interesting prints, the use of colors other than pink and blue and their use of soft, natural fibers.

I learned at the event that the florist store was actually their very first outlet, so I must have been one of their early customers! They are now featured in Nordstrom department stores, so have clearly come a long way. I also learned that the company is called Tea because Tea is something that is universal across cultures. One of the unique things about the collection is that each season they pick a country, visit it and use the culture as inspiration for the prints and styles of the clothes. This fall's collection was inspired by Mexico.

The clothes were just gorgeous. I love that Tea choose a wide color palate for their girls clothing rather than relying on pinks and purples. Their T shirts and hoodies are even, gasp, unisex! The outfits are perfect for San Francisco because they are made for layering. Geekygirl always mixes and matches clothes, wears her dresses over the top of shirts and leggings. She will also only wear soft stretchy things with elasticated waists. Obviously she is not alone since Tea tailor their stuff to exactly this type of kid. The boys clothes also draw from a wider color pattern than is usually seen for boys and again I found the essentials for my sensitive little flowers; soft fabrics and elasticated waist pants. Pants that your kid thinks are sweatpants but that a mother isn't ashamed to put on him for a fancy party.

When I got home Geekygirl tore into the swag bag. She loves this soft cotton jersey sun dress that was inspired by a piece of Mexican pottery. 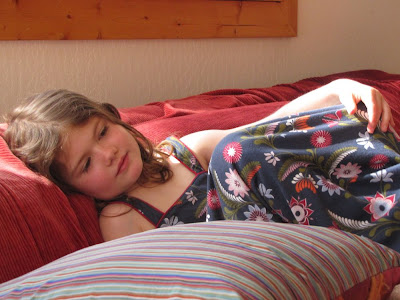 This was my first official event as a blogger, and I really enjoyed it. Thanks to the lovely women at Tea for inviting me. This post isn't sponsored, but they did give me a bag of free stuff! You can find them here, on their facebook page and they even have a blog. How can a British expat not love a company called Tea?!
Posted by geekymummy at 1:58 PM 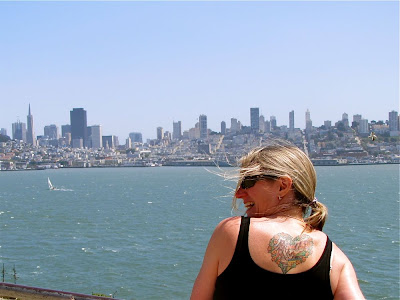 Posted by geekymummy at 2:19 PM